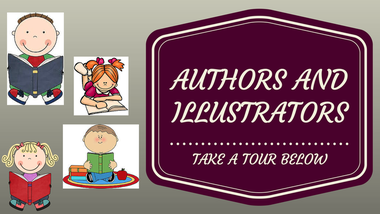 Click the link below to see many Authors and Illustrators ... the back bone of our school library.

AUTHORS AND ILLUSTRATORS click and explore your favorite author

Folktale – A story, often with a message, that was initially passed on by word of mouth.

Fable - A story meant to teach a useful lesson that often has animals that speak and act like humans. A brief story or poem that is told to present a moral, or practical lesson. The characters in fables are often animals who speak or act like human beings.

Tall Tale - A tall tale is a story that claims to explain the reason for some natural phenomenon, or sometimes illustrates how skilled/intelligent/powerful the subject of the tale was.

Fairy Tales - A fairy tale is a kind of folktale or fable. In these stories we meet witches and queens, giants and elves, princes, dragons, talking animals, ogres, princesses, and sometimes even fairies. Marvelous and magical things happen to characters in fairy tales.

Mystery – A suspenseful story about a puzzling event that is not solved until the end of the story.

Science Fiction – A story that blends futuristic technology with scientific fact and fiction.

Adventure - A piece of fiction in which action is the key element, overshadowing characters, theme and setting. The conflict in an adventure story is often man against nature

Non-fiction – All of the information is based on true facts and not made up.

Biography – The story of a real person’s life that is written by another person.

Auto-Biography - The story of a real person's life that is written by the person.

Fantasy – A story including elements that are impossible such as talking animals or magical powers.

Historical Fiction – A fictional story with real or invented characters, that takes place during a historical time.

Myth - A myth is a made-up story that explains the existence of a natural phenomenon — such as where thunder comes from or why snow falls from the sky. Myths — which often include gods and goddesses and other supernatural characters who have the power to make extraordinary things happen — are popular even when people know the actual reasons for natural phenomena.

Legend - A legend is a long-told story or a group of related stories about a person or a place that is popularly believed to have some historical truth.

Digital etiquette or netiquette with Tim and Moby--BrainPop.com

Internet safety with Annie and Moby--BrainPopJr.com